What are you looking for?

Simply enter your keyword and we will help you find what you need. 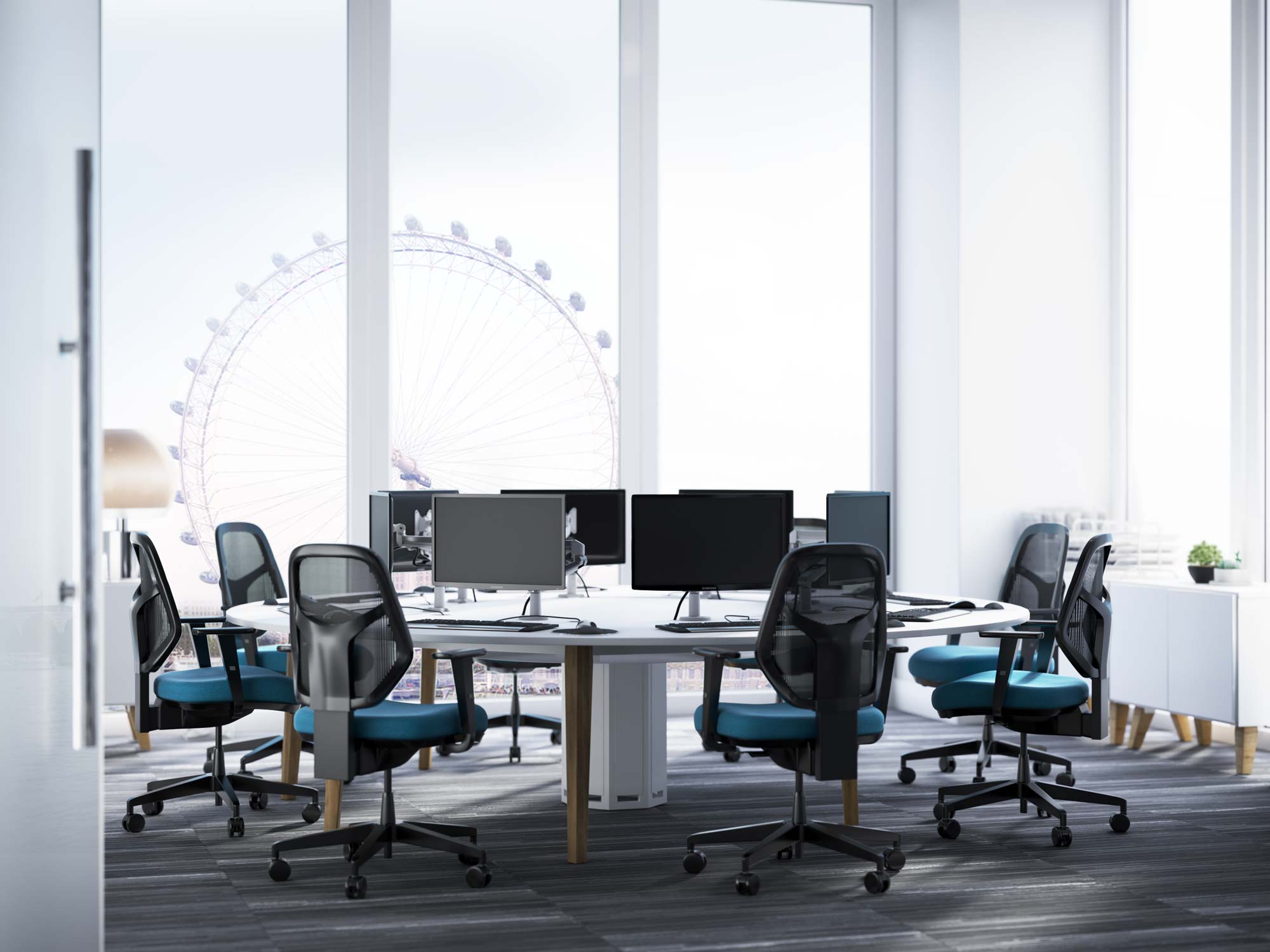 3D Rendering Price all over the world

A visualization Studio in New York and Los Angeles usually charges between $500 USD and $1500 USD for a high-quality 3D still image. This is the average price you should expect to pay for small to medium projects. Also, a fair price for large projects ranges from upwards of $2,500 USD, depending on the project.
Standard 3D animation costs are anywhere between $1,000 USD and $5,000 USD. You could expect to pay a fair amount more depending on the duration and complexity of the video. Obviously, every studio is different and prices vary, but usually, the studios that are producing higher quality work will charge more. If you have worked with rendering studios before, you probably know that you can obtain less expensive renderings from countries like China, Sri Lanka, and India for around $250 USD to $500 USD. 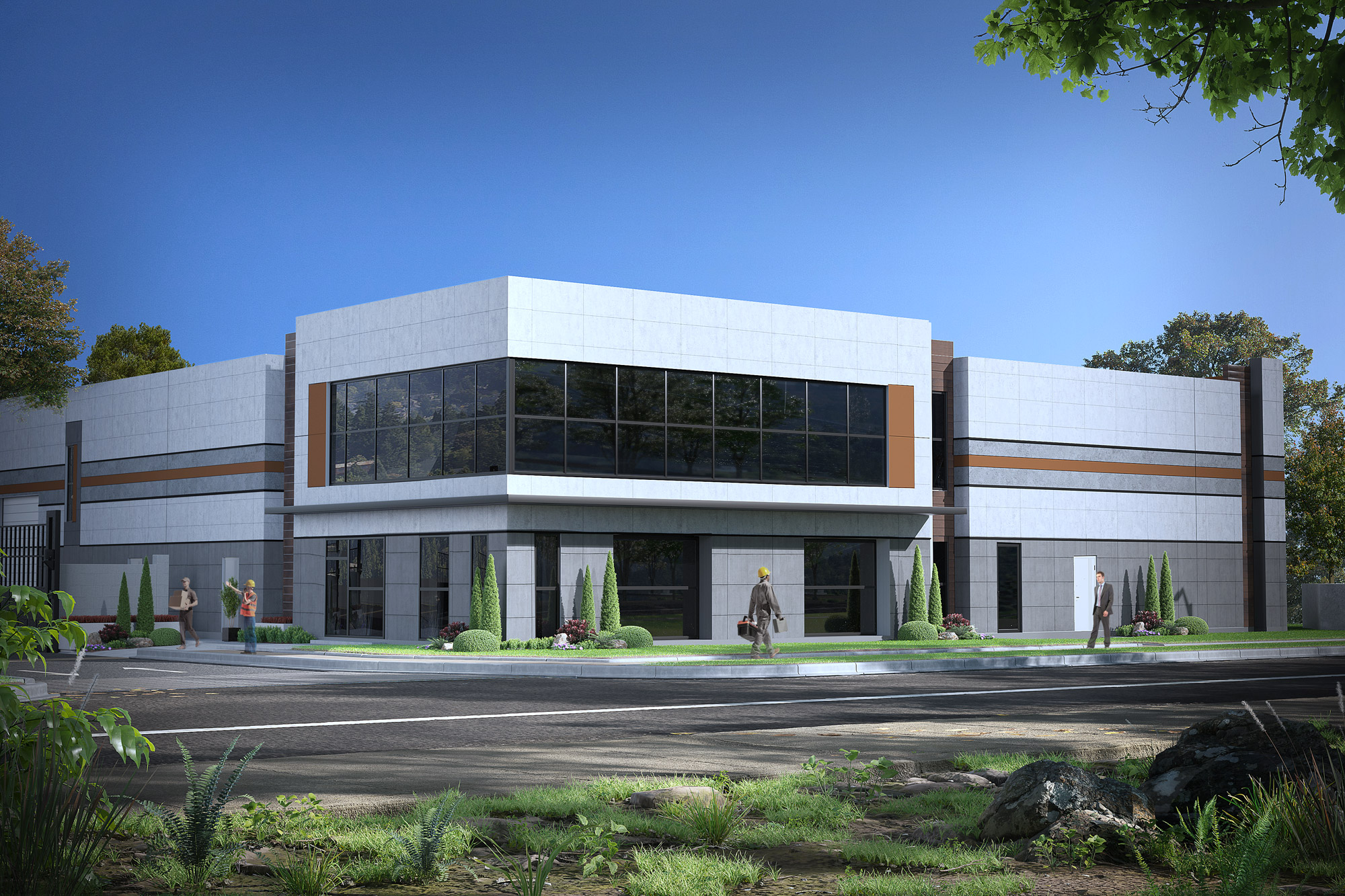 Figure Example of an exterior rendering. Image from Rapid Renders

Certainly, computers have become faster, the software has become smarter, and rendering has become inexpensive. Quality versus cost is not about being fancy and always buying the most expensive version of everything. On the other hand, nor is it about being cheap and constantly buying the least expensive version of things. It is about whether or not your spending serves a purpose. In regards to rendering, if an artist or studio can produce an eye-catching rendering that looks close to a photograph then that will surely serve a purpose.
More than 80% of the 3D Visualization studios around the world fall into the $450 to $800 price range, Presently, studios can create a realistic computer-generated rendering within 3 to 4 days. Therefore, in most cases, the final outputs are the same concerning this price range. Moreover, pricing doesn’t necessarily denote quality. Thus, the more affordable $450 rendering could look as good as the rendering of a large professional studio with a fee of $1000. Have a look at our portfolio to get a general idea.

No matter what professional field you are in, inevitably you will need to break down the costs of your services. However, it is a well-known fact that studios in developed countries such as the US, UK, Australia, and Canada are charging more. The reason behind the price hike is the expensive labor and operation costs. By taking advantage of less expensive labor costs, studios in developing countries such as China, Sri Lanka, and India are charging less. You will see a significant difference in price depending on the location of the studio. Undeniably, the results will be about the same. If it serves your purpose, it is hard to argue against it, and probably a waste of time to even try.

Additionally, be aware that less expensive rendering can come from a large studio that is basically a “render mill,” pumping out renderings at a quick pace with hundreds of artists working for low wages – therefore producing renderings via assembly-line fashion. Subsequently, it comes down to the idea that big studios have an abundance of artists to complete projects if the initial artist gets sick or has an emergency and is unable to complete the project.

However, there is no guarantee that the same artist will see you through the project from start to finish. Consider what it means to work with a large studio, compared to working with a factory, versus collaborating with a designer. Moreover, the downside regarding larger studios is that it is impersonal, with a revolving door of artists. Each of those artists has varying skill levels making their work less reliable than a smaller studio. So, at this point, there really isn’t much mentioned here that helps a potential client make a better decision.

Why not find a cheap 3d rendering service?

However, there are times the low-quality renders are the best.
DIY projects and final quality isn’t that important.
Just to get an idea and explain basic design concepts.
When the budget is the main concern. 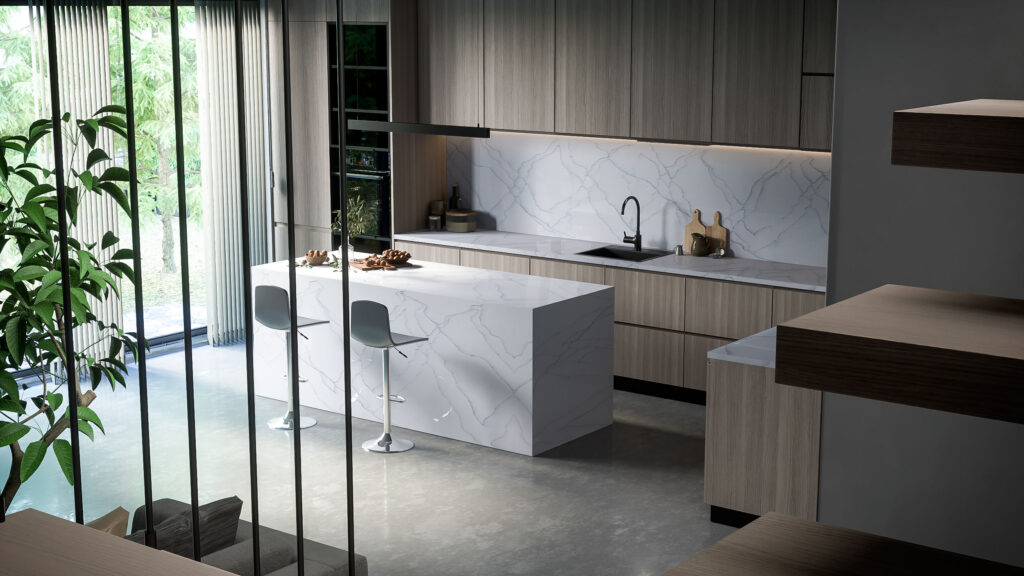 Figure Example of an interior rendering. Image from Rapid Renders

How to select an artist or a studio?

Selecting an artist/studio by their online portfolio can be difficult for multiple reasons. So, when in doubt, ask for a reference. There have been plenty of situations when online artists and studios have been called out for stealing other’s work and showing it as their own.

There are companies out there that sell ready-made scenes for people to render and put in their portfolios. This is not illegal. However, some may say it is unethical. The scenes and content are not created in-house. Basically, the artists and studios are using these scenes and content to pad and fluff their portfolios. Likewise, the work does not represent the particular work content the artist creates and is often misleading.

There are also plenty of cases where an artist was formerly part of a small team before breaking away from the team and branching out on their own. In this case, it is important to decipher if the work is that of the particular artist or the work that they are presenting is that of their previous team. Make sure to request that they show their own work. So, be careful if the work seems world-class, but the price is ridiculously low, and they can’t provide a referral or two.
Unquestionably, it comes down to finding the artist and studio that is knowledgeable in your industry sector. Also, have them produce a body of work that you respect and a point of contact that you feel comfortable with. Meanwhile, assure that the price point is realistically in your budget.
There are no simple answers, just some things to think about. We have found that there are some fantastic artists and studios in Sri Lanka, China, and the old Soviet Union countries. So, it doesn’t mean you can’t go outside the country to find great reliable talent, just do a bit of homework first. Make sure you aren’t going to do a lot of hand-holding for a final product that isn’t acceptable.

If you are looking for a reliable partner who can provide quality rendering on time, have a look at our portfolio before making a decision.

What is 3D product rendering, and what will it cost?

Product rendering or “Product visualization” is the best alternative to traditional photography.  To put it another way refers to the use of 3d software to create photorealistic images that would be used in marketing and advertising. It is also the best choice for small-medium enterprises especially for product rendering at Amazon, eBay, or any online businesses.  learn more

The best advantage of 3D Product Rendering is Cost, Cost, and Cost! Producing a 3D product rendering is so much cost-effective than traditional photography. As a general guideline, the cost of a visualization studio which offers high-quality 3D product rendering falls approximately between $50 to $550 USD. If you are looking for a more complex and advanced product design, the average price that you would expect will be ranging from $500 to $5000 USD onwards. Just a note that every studio offers different prices and packages for the 3D product rendering. A renowned studio that produces higher quality work will certainly charge a higher price as compared to others. You can also reach out to cheaper rendering services from countries such as China, Sri Lanka, or India. The easiest way to find out the 3D product rendering cost is to consult with the respective 3D product rendering company to know more information about your projects. 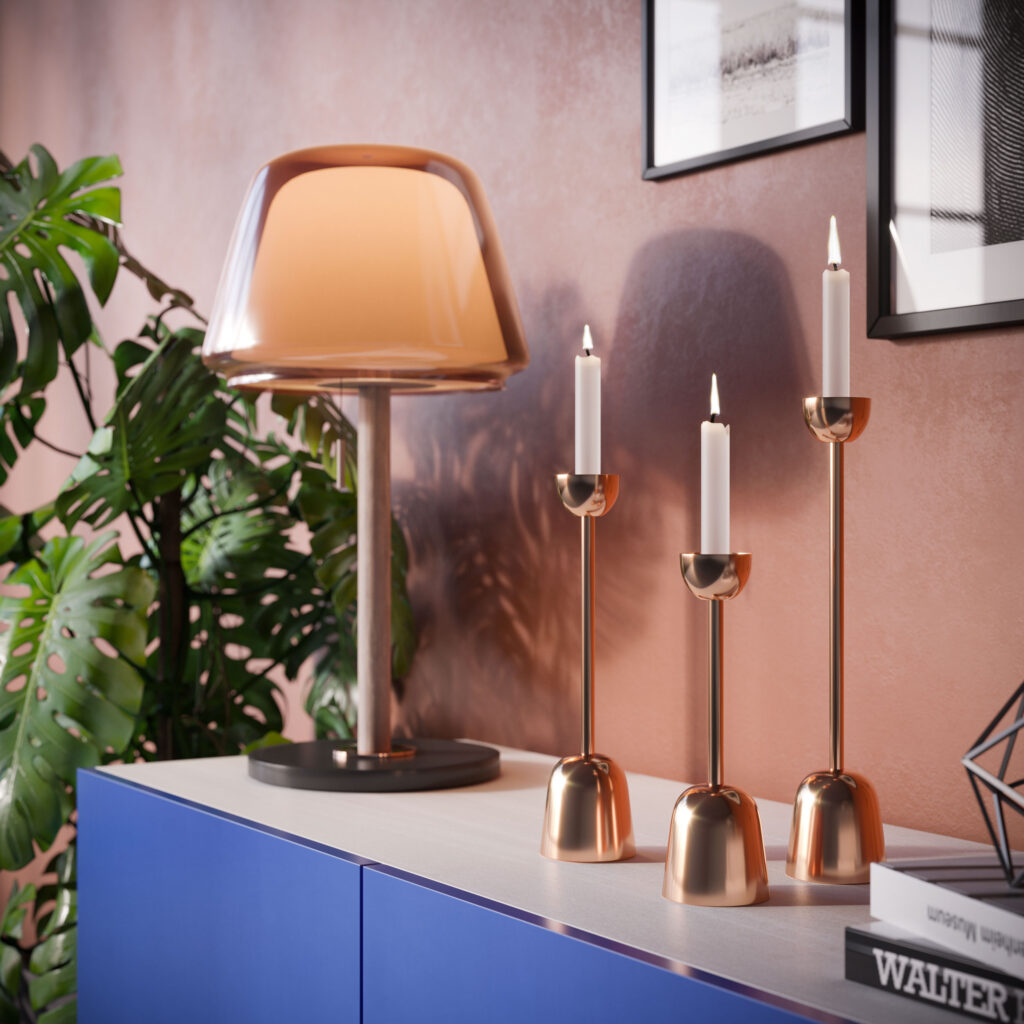